The term "Do-It-Yourself" may seem pretty self-explanatory, but I want to talk a little bit about what that entails when it comes to making music.

Basically, unlike most music that you hear, which is very much a collaborative art, what I do is singular. I write the music and lyrics to all of my songs. When it comes time to record them, I not only do the recording myself, but I also play all of the instruments. With the drums, while I do have a drum kit in the basement, I find that I get a cleaner sound using sequencing software, and it's a lot easier to work with in the mixing stage -- which, incidentally, is also my responsibility, as is the mastering.

On the other side of the equation, I get to decide which songs make it to the album and what order they appear in. I decide what the cover art looks like. In most cases, I even took the photograph from which I made the album cover. I decide where it streams, where it sells and for how much. Basically, I have complete control over every aspect of my music. Every decision that brought it into existence was made entirely by me. Another bonus is that if I want to record a guitar track at 11:30 pm on a Tuesday, that's my prerogative. I can even re-record it a hundred times if I want to, and it doesn't cost me anything because I'm not paying for studio time.

The downside of this is that my nine-year-old laptop and my hundred dollar microphone in an open room of my house aren't exactly capable of capturing high-fidelity sound in the way that a professional studio setup can, but I do what I can with what I've got. I am also not nearly as good of a bassist as someone who plays that as their main instrument, for example. For that matter, I'm sure that there are plenty of people out there who could play all of these instruments far better than I can, just like how someone who is trained in sound engineering could do a much better job than I can in terms of production value, even with the limited equipment that I have at my disposal. That said, if I could afford better equipment, I would, and over the years, piece-by-piece, I have upgraded a lot of my gear. Still, I feel like the somewhat raw aesthetic of my music kind of fits with what I'm trying to do, at least with these past five six albums. They each bear my name beside the title because every single part of it came from me.

For what it's worth, I have played in numerous bands in the past and have spent time in recording studios before. While I do very much enjoy working with other artists and technicians, on some level, that's not really the point of what I'm doing here. My five six solo albums, all self-produced, are me saying: here's this thing that I created. It's like an art project. I hope you like it, because frankly, it's about the best I can do with what I've got. If not, I might ask how many albums you have made in the past four years.

To be perfectly honest, I would probably love it if other musicians took my music further (as long as I still got proper credit for the songs, of course). As a musician, I am kind of a peculiar sort. I like writing and practicing music more than I enjoy performing it, and I do what I do purely for the love of my craft. That, and I couldn't imagine not playing music -- and I figure that if I'm going to play music, I might as well write my own. Taking that rationale one step further, since songwriting is something that I have a strange knack for, then I feel like it would be kind of waste not to use it.

In a nutshell, I write music because it is something I love to do and that I want to share, plus I happen to have an unusual collection of skills that allows me to produce this stuff all by myself. I write songs that don't yet exist but seem like they should. Sometimes it feels like I'm just pulling them out of the ether. In that sense, I am merely the vessel for transforming them into something tangible. As a DIY musician, I then take these songs as far as I can within my relatively limited means, which to me, is still infinitely better than when they did not yet exist. One is infinitely more than zero.

Still, I must say, there's no reason why my process for making music can't be something closer to what we consider normal. After all, there are lots of other people out there doing what I do as well, and while we may not be able to get that polished radio-friendly sound that you're so used to hearing, this is a far more direct conduit between artist and audience, and I think that there's something to be said for that. 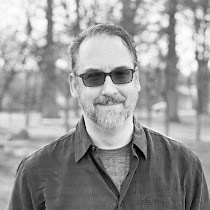